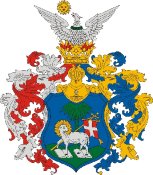 The name of the town appeared in the Várad Regestrum of 1235 for the first time in written documents. Debrecen was only one of the little villages in the region until the beginning of the 13th century. Owing to its landlords it had grown to be a major settlement in the period after the invasion of the Tartars, by the beginning of the 14th century. The Saint Andrew Church was built in early Gothic style in 1311. The Parish Council was formed in 1332; in 1361 the settlement received the privilege of market-town from Louis I (the Great), who granted the town the right of electing its own judges and that a citizen of Debrecen could not be brought before the court in a strange place; then in 1405 Sigismund granted the town privileges that only Buda, the capital had owned before: the people of Debrecen were entitled to hold two country-wide markets every year and were permitted to build a wall around the town.
The town was given further privileges in the 15th century (for example the number of country-wide markets grew to four, it got tax and customs exemptions extending to the whole territory of the country), artisan guilds were founded, rich merchants appeared in the town. Yet, historical changes smiting Hungary in the 16th century did not spare Debrecen. After the country had been split, the town found itself at the border of the three separate parts of the country, paying taxes to both Vienna and the Turkish Porte. Multiple taxation and the aldermen’s policy seeking for compromise could not save the town from troops levying tribute. However, a cultural development unprecedented before started in Debrecen after Reformation – especially Calvinism – had gained ground. The new religion took root in the town soon. Education in vernacular language started with the foundation of the Calvinist Reformed College in 1538, based on the already existing humanist school. The College drew students from the environs and even from farther places of the country.
By the end of the 17th century, after the Turks had been chased out of the country, the Habsburgs’ influence increased. Leopold I raised Debrecen to the rank of free royal towns in his charter of April 11th, 1693. The appearance of the town underwent significant changes in the first half of the 19th century. The new building of the Reformed College was built between 1804 and 1816 (according to Mihály Péchy’s designs). The Great Church was erected between 1807 and 1821, and later it became the symbol of the town.
The town played an important part in the revolution of 1848-49. The Hungarian government transferred its seat from the endangered capital to Debrecen. The Parliament also held its session in the “stronghold of freedom”, in the Oratory of the Reformed College and in the Great Church. The dethronement of the Habsburg dynasty was declared right here on the 14th of April, 1849. After the war of independence had been suppressed, Emperor Francis Joseph visited the town of dethronement several times. By the time of his second visit in 1857, the railway had reached Debrecen.
Factories were built, branches of banks and insurance companies opened at the end of the 19th century, in the age of industrial boom. The 20th century found Debrecen in the forefront of the country again. The recovery of the economy brought about the acceleration of urbanisation and the population of the town almost doubled within 50 years. Debrecen had a modern telephone network at the beginning of the 20th century, electric street lighting had been installed by 1908 and tram replaced the city steam engine in 1911. A state-run university was established on the base of the faculty of theology, law and arts of the Reformed College in 1914, and it still operated in the building of the College for a while. The research institutes of the medical university were esteblished between the two world wars.
World War II had sorely tried Debrecen. It became an area of operations in 1944 as the frontline came close to the town. Whole quarters were razed to the ground in the bombings. The Déri Museum and the Reformed College were seriously damaged, and the eastern spire of the Great Church was burnt down. Moreover, one of the greatest tank battles of the war took place near the town. Despite the destruction, the town recovered soon: the Provisional National Assembly held its first session and the Caretaker National Government was set up here in December 1944 – that was how Debrecen became the capital of the country for the second time. Faithful to the traditions, it was in the Oratory of the Reformed College where the National Assembly was in session, taking important measures in connection with the conducting of the armistice negotiations and the arrangement of the agrarian reform and the new army, to mention only the most important ones.
Fortunately, the industrialisation of the communist era did not destroy the traditions of the town and did not transform Debrecen into an industrial centre.
Like everywhere in Hungary, parties were reorganised in Debrecen when political changes began at the end of the 1980’s. The first free municipal elections were held in 1990, and the town took control of its fate again through the newly elected local government. We hope that nowadays the city is in for a new boom.