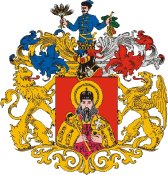 The history of Miskolc, the descendants of the ancient settlement which wasformed at the foot of the Avas Hill, along the two brooks called Szinva and Peceflowing into the river Sajó, can be traced back to paleoanthrophic cultureswhere man\\\\\\\'s earliest implements were carved from stone and bone. The Szeleta Cave near by Lillafüred and other caves in the Bükk Mountainshave preserved not only the memories, but also traces of the hard life of man inpieces of clothing and finely worked clasps. At the top of the Avas HillNeolithic tools were found. The region was gradually populated during thisperiod over 10,000 years ago. The grinding implements and the richly ornamentedceramics found in the Bükk Mountains are 5,000 years old. The finds coming fromthe area of the today\\\\\\\'s Iron Works refer to a more developed way of life duringthe Bronze Age.

The first dwellers known in the Miskolc region at the end of the Iron Agewere the Cotinus, one of the Celts\\\\\\\' tribes. During the period of the GreatMigrations, Teutonic, Sarmatian, Hun, and Avar people made their permanent homein this region.

This area was settled by the Ancient Hungarians over a thousand years ago,and the settlement was named after the Miskóc clan. The settlement became thecentre of the region from the beginning of 11th century. A work by Anonymus (ca.1210) mentions the dwelling place of the Bors-Miskóc clan at the time of theMagyar conquest as terra Miskoucy. This clan founded a St. Benedictineabbey in  Tapolca Valley but the Tartars burnt down the settlementin 1241.

The Bors-Miskóc clan lost their power in 1312 when they stood against RóbertKároly, whose intention was to break the feudal anarchy.

The clan of Miskóc was followed by the Széchy family who laid the foundationsof urbanization. They managed to obtain the rights to hold countrywide fairs,and exercise minor jurisdiction, which resulted in Miskolc, the former villagedeveloping into a market town.
At the end of 1364 Lajos I. (the Great) annexed the town of Miskolc to theDiósgyor Royal Estate. The 13th century Diósgyor Royal Castle, which wasaccomplished and magnificently developed in the 15th century, became the centreof the Royal Estate including Miskolc. A Pauline Monastery, which was the onlyone of a Hungarian foundation dating back to the time of the Árpád dynasty, usedto stand in Diósgyor.

By the end of the 15th century the townscape had changed a lot and theorigins of today\\\\\\\'s town centre were gradually developing at the foot ofthe Avas Hill. The town\\\\\\\'s ancient school (now museum) was established onthe side of the Szinva brook near by the church, which still exists builton the side of the Avas Hill.

The first wave of Turkish war reached the town of Miskolc in 1544. The most beautiful buildings fell prey to the first attack of pasha of Buda. The Turks burnt the thatched houses, and carried off all the able-bodied men and drove away all their animals. With the fall of Eger Miskolc too, joined the taxpayers of the Turks but no such devastation as in 1544 reached town ever since, which can be attributed to the foresight and the tactful diplomacy of the town council.

Before chasing the Turks out of the country the Kuruc troops (Hungarian insurrectionists) had taken possession of the Diósgyor Castle in 1674 but it was only in 1687 that Miskolc ceased to be taxpayer to the Turks.

During the Rákóczi war of independence the prince put his headquarters in Miskolc from 18th of January to 15th March in 1704. On 25th of September in 1706 town was sacked and burnt by the imperial forces.

The town council was formed on 1st January in 1707 and during two short years — with the patronage of the prince, the town of Miskolc was reconstructed.

The most significant buildings of Miskolc were constructed during the great period of prosperity in the 18th century. All denominations started to build their own churches and schools, and presently town hall and county hall were built.

The first inn of Miskolc with storeys was built in 1570. The rich landlords built mansions one after another: Dory-, Almássy-, Szathmáry-, and Király mansions. Characteristically of a town advancing towards the Enlightenment there was an active Masonic lodge in Miskolc around 1780 which kept in touch with the Hungarian Jacobin people as well. The first stone-built theatre of the country was put up here with the contribution of Miskolc citizens in 1823. When Széchenyi and Kossuth   appeared in the country\\\\\\\'s public life their political programme was followed bySzemere Bertalan andPalóczy László first in Miskolc, and then as representatives in the Parliament. Szemere Bertalan, who was first Home Secretary, later on became the Prime Minister of the First Independent Hungarian Government on the side of the Governor Kossuth after the dethronement of the Hapsburgs.

The population of Miskolc took an active part in the revolution. More than 700 volunteers entered the newly formed militia. Later on the Hungarian Army was set up and all these militiamen went over to it. During the winter of 1848 Szemere Bertalan organized the Upper-Tisza Army in Miskolc. Jókai Mór in order to evade persecution also hid here in the vast forests of the Bükk.

After the Compromise of 1867 the town began developing. This development was based on the railway, which was completed by 1859. In 1868 the Diósgyor Ironworks became the successor of the Hámor metallurgy. Development was interrupted neither by the cholera epidemic in 1873 nor the devastating flood in 1878. This natural catastrophe took 277 human lives away in one hour, destroyed 700 houses and damaged 2182 buildings.

After nearly all of the famous vineyards of Miskolc were devastated by the filoxera they were not replanted as the inhabitants now earned their living in industry and trade. Multi-storied houses built at this time gave an urban character to the town. They still can be seen in the streets. The town got municipal rights in 1907. Ferenc József I. granted a crested charter to the town on 11th May in 1909.

The violence of the First World War did not reach the immediate area of the town but indirectly it damaged the inhabitants of the town. More than 5000 people fell victim to the cholera epidemic in the local military hospital and the cholera huts. Two new cemeteries had to be built: the Heroes\\\\\\\' cemetery at Tetemvár (Corpsecastle) and another cemetery for those who died of cholera situated beyond the Sajó river.

Following the First World War, a decline occurred in the regime\\\\\\\'s economy. This situation was made worse by influx of Hungarian refugees arriving from the newly detached parts of the country.

The production level decreased initially because of the economic crisis. However, by the middle of the 1930\\\\\\\'s an economic upturn occurred due to the development of the military industry making preparations for war.

During the 2nd World War the town first experienced an air attack on 2nd June 1944. For the inhabitants of Miskolc the war came to an end on 3rd December with the arrival of the Soviet Red Army. Miskolc suffered massively because of the war: 350 houses were destroyed; 7150 damaged and all the bridges were blown up due to the air raids. Wooden headboards were erected in memory of the victims of the 2nd World War in the Szemere-garden.

The town was rebuilt rapidly and became one of the industrial centres of the region. Consequently, huge factories and housing estates were built and theUniversity of Technical Sciences was established here in 1949.

The Miskolc University Youth and the Workers\\\\\\\' Council of the Iron Works played an important role in the revolutionary events of 1956. The victims of the revolution are commemorated with plaques in several prominent places in the city.

The number of inhabitants increased significantly due to the industrial developments of the 1960-70\\\\\\\'s and therefore huge housing estates were built in different parts of the town such as Kilián and Szentpéteri kapu. Besides these the Avas housing estate was built where more than 35 thousands people live at present.

The vast reconstruction of the town centre began in the middle of the 1980\\\\\\\'s and it is still going on. The principal street of the town called Széchenyi Street was repaved as a part of this redevelopment. The 100 year-old tram network is also being renovated. The commercial life of the city is now growing rapidly. Miskolc in the 90\\\\\\\'s is a dynamic town developing and changing with the new times.